We've been here in Boulder for a week now, and the locals have shown us tremendous hospitality. From the sharing of the roads, to the generosity shown by most of the people here. It takes a lot of patience to deal with 3,000 strangers who do not know the local customs, so I for one am grateful!

The last week has been a wonderful experience of riding and running beautiful roads, and swimming in reservoirs to get used to altitude. Fortunately, while my swim pace is down significantly from it's already dismal levels, I am not feeling the affects of the altitude at all anymore. Acclimation happened rather quickly, and I am more confident than ever going into this race.

So a few highlights from this week. Well, it rained... a lot. Unusual for Boulder this time of year, but it was actually very welcome. It cooled down the reservoir so that the swim will most likely now be wetsuit legal. Also, the enduring effect is that it is much cooler than expected (in the 80's instead of the 90's) which will roll into race day. I won't jinx it by being overly optimistic, but all indications say that it will be a pretty nice day. That said, I will welcome a little wind on the bike as I seem to do pretty well in those conditions.

Most of the festivities began yesterday, with athlete checkin and the expo opening at the Boulder High School grass field. Made for a nice "Woodstock" type of feeling with all of the mud in the expo area. But #257 is officially checked in (and, by the way, registered for next year's race). 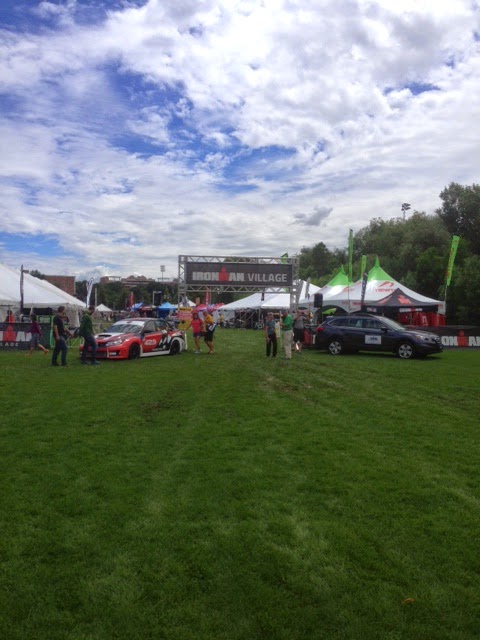 I had heard through the internets that none other than Apolo Ohno would be making an appearance at the Newton Lab while the expo was going on. Since this was the third race in a row where he was in attendance, I couldn't pass up an opportunity to meet him. Of course he was very nice and looks like he's in good shape for Kona. 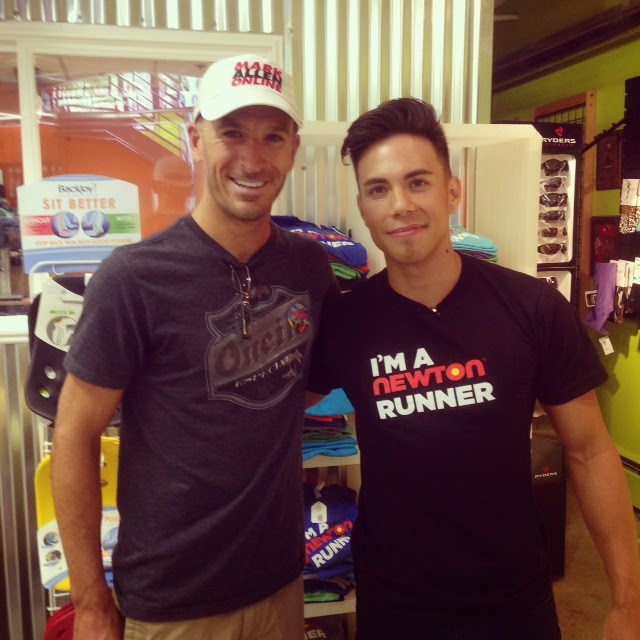 Following the expo, we decided to ditch our pants and join the first annual (I'm guessing this will be a yearly thing) Boulder Underpants Run. This is really meant as an opportunity for the athletes to ease the tension before a big race. They do it in Kona every year. Surprisingly, it got some pretty big publicity, even making the local Denver news. I'll admit that I was a little intimidated about running it at first, since my wife and kids opted out this year, but it ended up being a lot of fun. 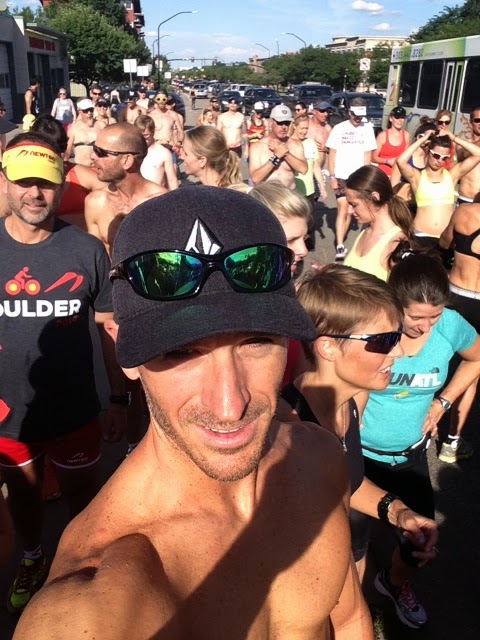 Thank goodness we ended up where we started. It would have been an embarrassing walk back to the car. But I guess if I were to stay on Pearl St. we would have fit right in.

One of the reasons I am truly blessed to do this sport is the support I get from family and friends. My wife and kids have been putting up with my diva-esque mood swings and finicky behaviors, yet they still choose to be with me this week. Additionally, my parents decided to fly out to watch the race. The night they flew in, we attended a very well put together opening ceremony which really served to inspire and provide confidence to all of us. Emceed by none other than Mike Riley himself, they went through the history of Ironman, and had interviews with a number of athletes, including Dave Scott. It was a great way to motivate me for the coming race. 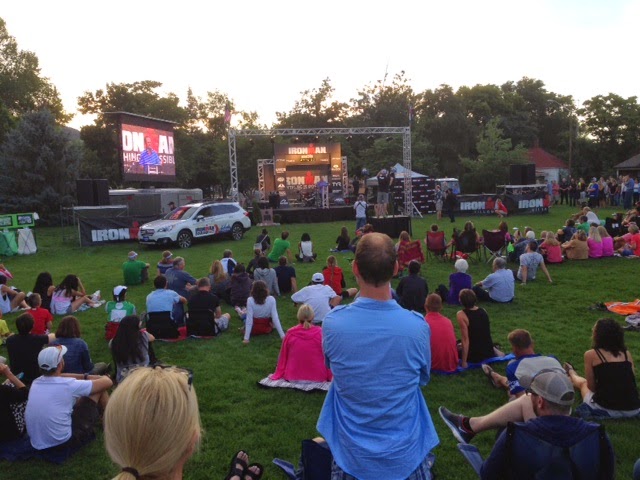 The next day would be a full one. Later in the day I would check my bike and gear in, but first things first. My kids were going to become Ironkids. At the Boulder High School, the kids were going to run the track (Sarah for a half mile and Zack for a quarter). Once again, Mike Riley announced the event. I am truly impressed with this guy. Virtually every weekend this guy goes to Ironman locations around the world and works his butt off all week long, culminating in 17 hours of keeping the energy high. If there is an Ironman, he is certainly it.

Back to the kids' race. Sarah's half mile run began after the milers finished up. She went out really fast and we were worried that she would lose steam during the run. However, she held on and finished as one of the top girls in the entire group. She was a very happy girl! Zack did great as well, and Mom was allowed to run with him. They both got medals and felt very proud of themselves. Best of all, it kept my mind of the race the following day and allowed me to settle my nerves a bit (but don't worry, they came back later!). 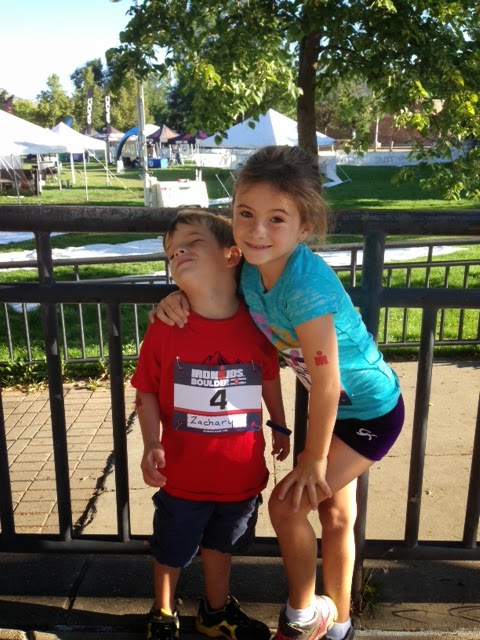 So now I'm all checked in. Bike is racked. T1/T2 bags are in place. Nutrition is set to go. Alarm is set for 2 am. Now all I have to do is wait patiently and rest. I've done all I can, the rest is out of my control. But it will be a blast.

I want to thank everyone who supported me throughout the past year and longer. It has been a great experience and I've really grown from it. Thank you to everyone who supported the fundraiser for charity:water. With your help, we were able to raise $1,500 for clean water projects all over the world. This is a cause I will continue to support for a long time to come.

To all who are racing tomorrow, best of luck! I will see you at the finish line!
Posted by Unknown at 3:13 PM